Hi, I am Kennedy King,

I write Science Fiction and intertwine it with romance and mystical creatures.

Hey there, I'm Kennedy King and I love to write Science Fiction and intertwine it with romance and mystical creatures. If you would like to get even awesome books from me and some of my recommendations from authors who write similar enticing novels, you can join my exclusive mailing list.

You’ll get exclusive deals, special promotions and be the first to partake in amazing stories and recommendations from me.

See you on the space side. 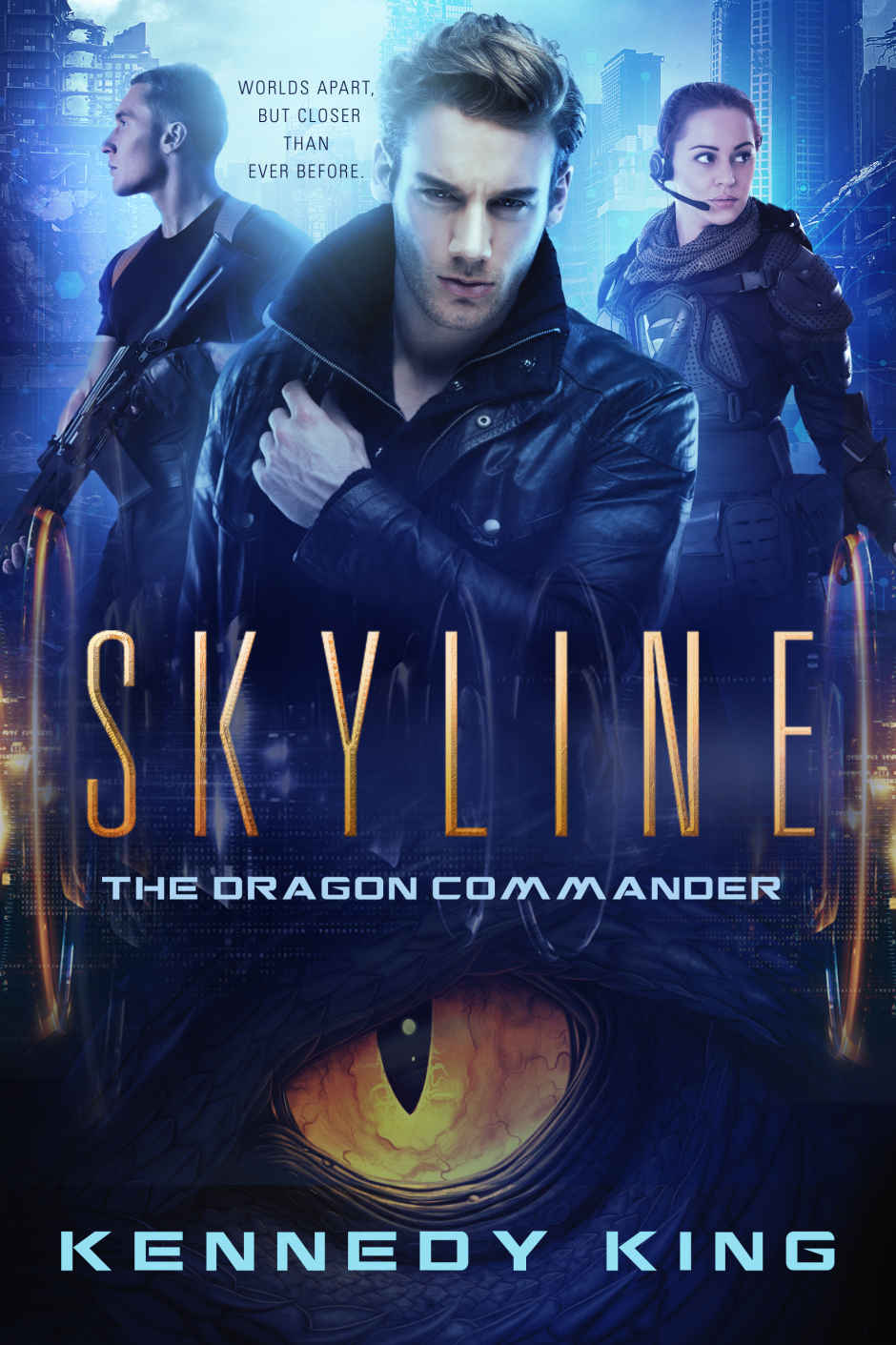 It’s 2350. Cold Fusion, AI nanotech cops, and the SkyLine between a dying Earth and a developing Mars are parts of life.

Major General Christopher Droan has survived a crisis. It left him with trauma and a deeper understanding of his dad’s distrust for technology.

Now all he wants is to focus on the love of his life, Sheeba.

It’s a turbulent time to be a Major General, even one resigned to desk work. But the calm can only last so long. When tragedy strikes Precinct 117 in Shanghai, Chris and his unit are forced to gear up again.

What waits for them in the heart of a robot with a beta personality matrix will change the planets on both ends of the SkyLine, mankind, and Major General Christopher Droan, forever.

SkyLine: The Captain, The Billionaire Boat and The Dragon Crusader

Dawn Redding. An Admiral of the World Crisis Committee, she stands on the threshold of the life she gave everything for. She only needs to bring in the galaxy’s first outerworld outlaw.

Howard Carver. The legacy left behind by his family holds the key to facing humanity’s greatest threat, the far-flung lifeforms known as Dragons.

Rick Miller. A retired Captain with the ship to take them both to the outerworlds, where the outlaw Drogan lurks.

These three come together aboard the ageing Arcadia, a ship equipped with an AI named Alice, who is capable of self-piloting. Dawn, naturally feels useless. With or without the use of her greatest skill, she discovers her purpose as a leader when the group comes face-to-face with the being between man and Dragon himself. Drogan.

The astral road to him, the SkyLine, launches Dawn and the crew of the Arcadia from Mars to Neptune, and past the edge. Companions in loathing and love, they fight to level the cosmic scales. Through it all watches Alice, inside the Billionaire Boat, the Arcadia. More closely than anyone, she watches Dawn.

What waits for the crew at the edge of humanity’s reach; the land of the Dragons: redemption, or damnation? 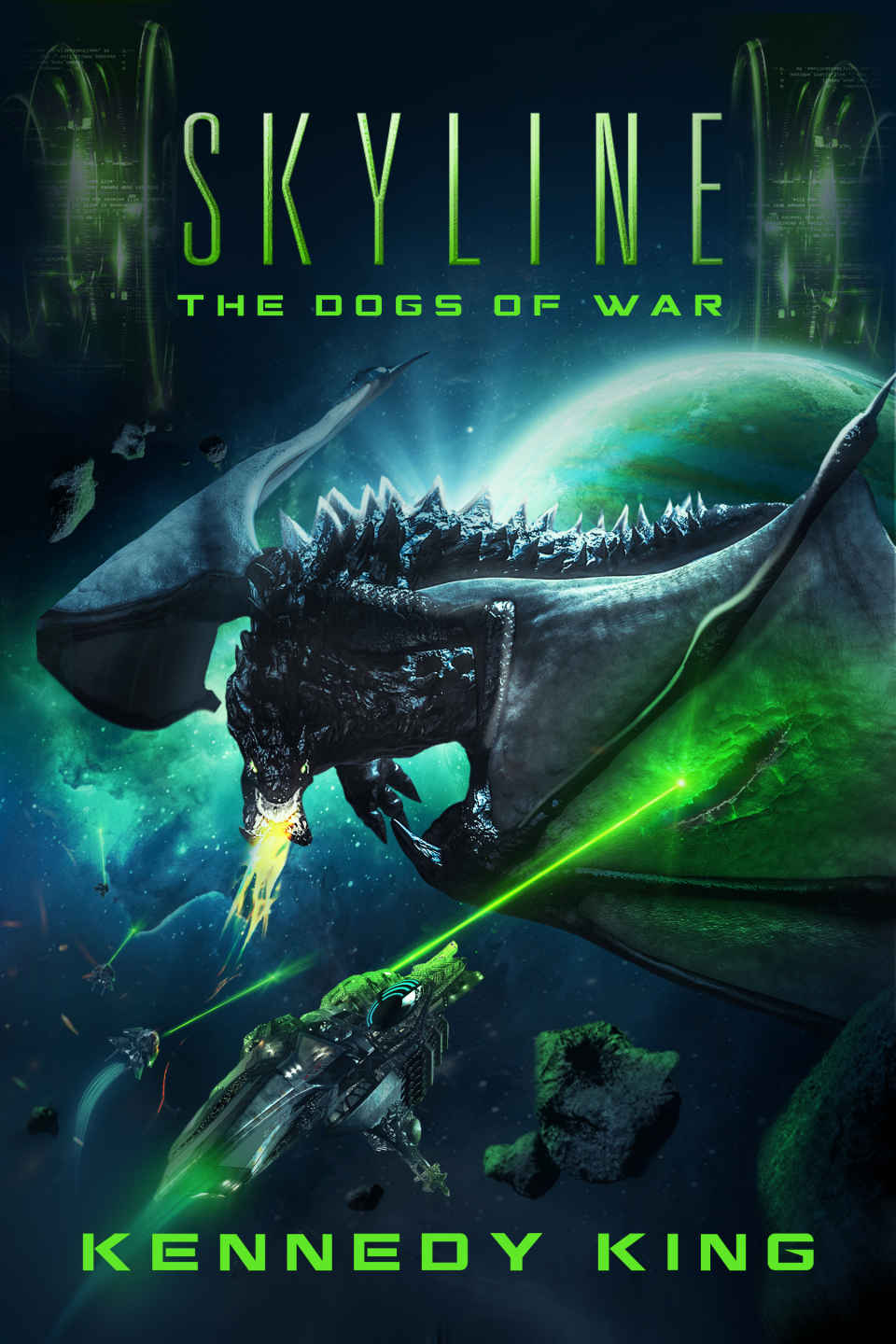 SkyLine: The Dogs of War

With the destruction of the planet Mukurus comes the dawn of new struggles for the Worlds Crisis Committee.

The Dragons are awakened. Their Higher Order sits council at a hidden base somewhere in the Milky Way, along with faithful servants called Faders, who worship them as gods. From the shadows, they puppeteer raids to cut SkyLine supply routes. They box in human expansion, stifle the enemy.

After its defeat at the hands of Drogan, the ancient life form Machaeus is scattered across the cosmos. Its spores are the subject of research on both sides of the budding Dragon war. It becomes a means of transport. It becomes a weapon. The study of these “M-Particles” inspires horrendous biological experimentation in deep cover labs across the Galaxy. Beneath it all, the will of Machaeus lurks still, forming a plot of its own.

In the chaos, the Worlds Crisis Committee turns to the Dogs of War. This elite task force tackles two missions to keep the Milky Way from tearing itself apart. Open new trade routes. Find the Dragons and uproot them from the galaxy. The mission sounds simple to the Dogs’ Captain, Demitri “Demi” Alexander, until he sees the crew in action. He alone can reconcile the differences between siblings from the mines of Saturn’s Rings, the niece of a high-ranking WCC executive, and an M-Particle research specialist. They must become the Dogs of War. They are the last chance for humans to make a stand against the enclosing Dragon threat.

Demi’s biggest challenge, though, are his feelings for one of his own. Arms Specialist Kalus Delphi. The two have a history of passion, one they put behind them for the good of the unit. The Captain faces a dangerous balance of reigning in the wily but talented Kalus, without igniting flames best snuffed. But, with the fate of the Galaxy on their shoulders, how much can these two fight their own feelings?

For better or worse, the Dogs of War cross every planet in the SkyLine. They delve deep in the Chrysum wells of Neptune and the floating city of Jupiter alike, in search of the Dragons and hope to defeat them. 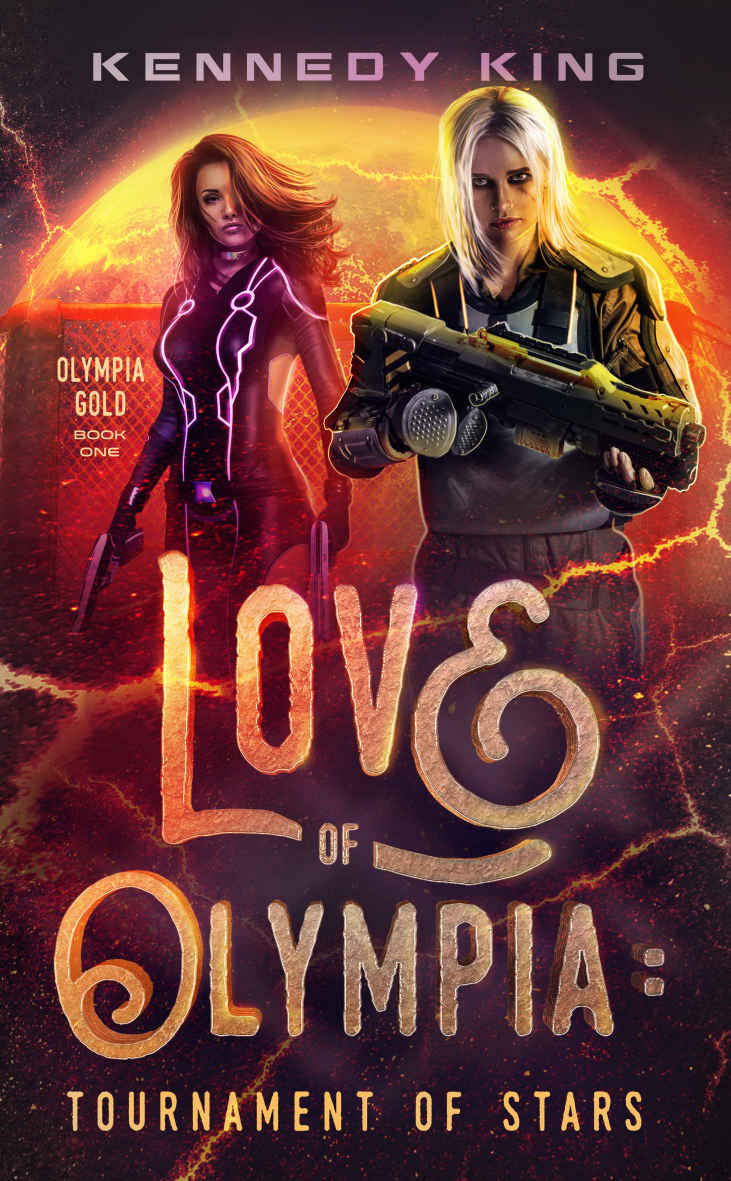 From the Love of Olympia Series.

Life was more simple as a servant.

I’m destined to work under the boot of the Gold Standard for the rest of my life, to pay the debt of my dead father’s addiction to the most violent competition in the galaxy.

Everyone in my crew are servants. My best friend Devin and I obeyed the Totalitarian Corporation all of our lives.

The balls on him! He got us in the tournament and picked up a sleek ship to command!

The other teams have more training, credits and are armed to the teeth with the most advanced tech the black markets have.

One contestant in the other team caught my interest. Galia. No man has ever made me feel the way she has.

But she’s such a reckless, gorgeous, pompous woman!

Even so, perhaps she can help us…

The only thing standing between us and freedom are six gruelling, fatal challenges and even more bloodthirsty crews battling for the glory of Olympia.

If we fail, the Corporation will destroy us.

The odds are high, but I never felt so strongly about anything else.

Is my will to survive enough to see us through?

Get exclusive deals, special promotions and be the first to partake in amazing stories and recommendations from me

Questions? Queries? Just want to say hi? Use the form below to reach me.